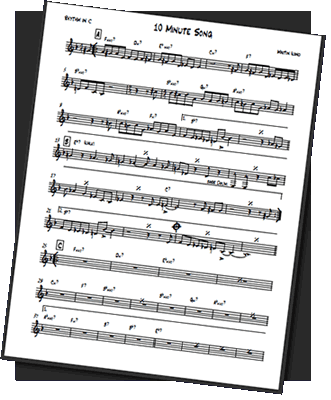 "I wrote this song for my friend Matt Wilson; while on the phone with him once he told me that he had just written 3 songs in ten minutes - I was very impressed and tried to write at least one song in that same timeframe...here's the result."

Recorded with Scott Robinson (tenor) and Greg Hutchinson (drums) on February 8, 2007 - has yet to be released.